A dream villa in Kymi, Evia: a great place to rent in Greece 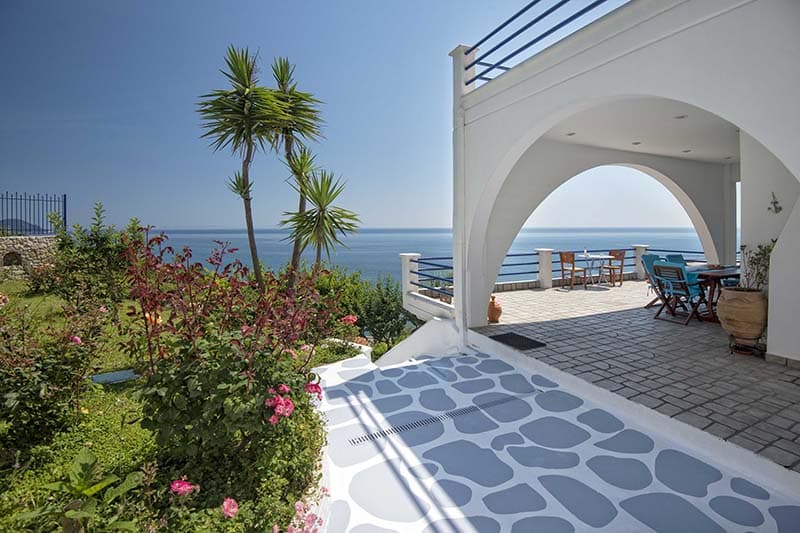 You may be familiar with terms like: ‘rare opportunity’ and ‘for the select few’ that tend to be overused when someone tries to make an impression. Choose Blue Dream Villa and you have a rare opportunity to experience something positively different that most other travelers will, on their Greek holidays to the island of Evia. Blue Dream Villa is not one of those properties for most travelers. It is a genuine villa house that truly honors the term ‘villa’ itself. And staying here will be a unique experience. Photos will only give you a small part of the whole picture of staying here, as most of the experience can’t be framed in a snapshot. In short: this is one of the best villas for rent in Evia Greece.

“Everything was very good, a great experience and holiday, very nice places to visit, a lot of information from the host for all we need. The hosts Tina and Kostas were very kind, friendly and they offer us a very pleasant time to spend our holiday. Congratulations! We recommend Blue Dream to anyone wants to have a great time to relax and enjoy the house, the people, the places, the food, in one word, to enjoy Greece!.”

Adrian-Romania
Reviewed: 10 September
“Very clean, well equipped house (washing machine, ironing equipment, dishwasher, all sorts of possible kitchen equipment), with stunning sea view. Decoration with very much attention to detail. Very friendly and helpful owners. Provided breakfast and stayed up until midnight at our late arrival - even the farewell present was very personal and themed to the house and greece. Useful tips and help every day for beach visits and restaurants nearby were provided. Very roomy - 2-storey house providing privacy for two families with up to 4 people each, each storey with own bathroom and living room with TV and WLAN. 5 Minute walk to stores and nice restaurants. 5 up to 20 min. drive to really nice and lonely beaches.”

Visitors have plenty to see in Kymi, a beautiful small town and surrounding region that overlooks the Aegean Sea. Due to its picturesque vantage point Kymi is sometimes called "The Balcony of the Aegean." Kymi has one of the largest man-made ports in the country and serves as a transportation hub for the eastern Aegean islands and northern Greece. The City Kymi is considered the greenest of Greece in terms of native vegetation and is second all in clean sand beaches. There are numerous tourist and sightseeing attractions. Such as the house of the famous pathologist and researcher George Papanicolaou, inventor of the Pap Smear, the Folklore Museum of Kymi, the Monastery of the Transfiguration, three small Byzantine churches in Oxilithos, the Archaeological Collection and the Archaeological Sites, and a ruined Venetian tower in San handkerchief etc. The most well known agricultural products produced in Kymi are figs, cherries and olive oil. Local specialties include the "cocoon display," handicrafts made from cocoons, and sweets such as baklava and almond.

THE BEACHES NEAR KYMI